We recently made the trip to Littlestown, PA (near Gettysburg) to the Philips Hadco manufacturing plant check in on the production of the Ringo light fixtures.  The housings units are being sand cast out of aluminum and assembled in the facilty with LED electrical equipment integrated before being boxed up for shipment.  The Greater East End will be receiving the exclusive feature of the overhead "string lights" suspended from two pipe outriggers above the disc housing the main luminaire (lights shown are placeholders).  These units will be fitted with 16 node LED boards based on photometric data generated for the site making them extra efficienct for the solar powered system to sustain with 3-5 days of battery backup.  The lights can be fitted with up to 80 node LED boards for more lumens in future orders. 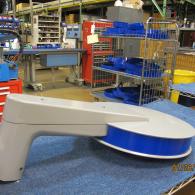 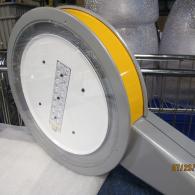 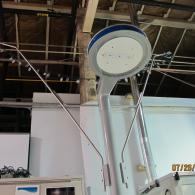 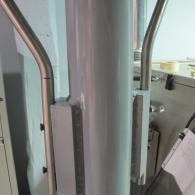